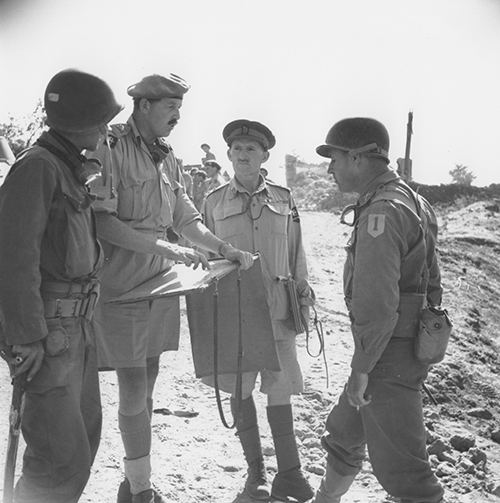 British and American forces join up near Randazzo on their drive through the centre of the island. Maj Gen Vivian Evelegh, Commander British 78th Division (with map case) and Brig 'Copper' Cass Commander British 11th Brigade, meet with Col Paddy Flint (left) Commander 39th Infantry Regiment, US 9th Division and a representative officer from US 1st Division. Col Flint was a larger than life character, a cavalry officer and contemporary of Patton, who had 'AAA-O' stenciled on his helmet to signify 'Anything, Anytime, Anywhere, Bar Nothing'. He was killed by a German sniper in Normandy in 1944. 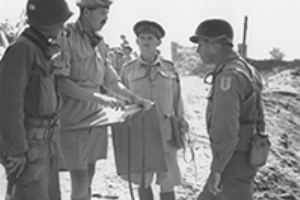