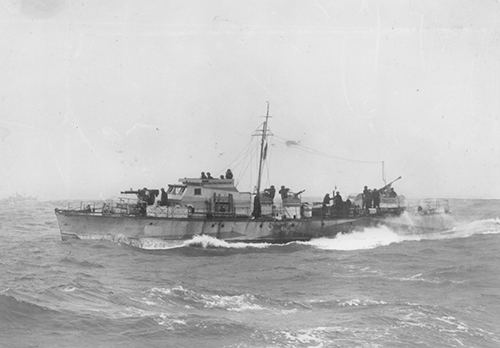 MGB 314 was from 14 Motor Gun Boat Flotilla and was a fairmile C Class launch. Her three Hall-Scott engines gave her a maximum speed of 26 knots. She was quite strongly armed for a small craft with a very exposed hand operated Vickers 2-pdr pom-pom forward (the position from which Able Seaman Savage won his VC), amidships were two twin power-operated machine guns and aft was another 2-pdr a Rolls semi-automatic. MGB 314 was used as headqaurters vessel for Newman and Ryder during the run up the Loire. 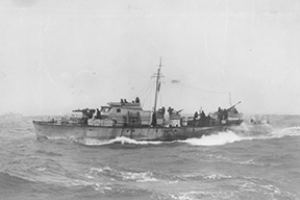