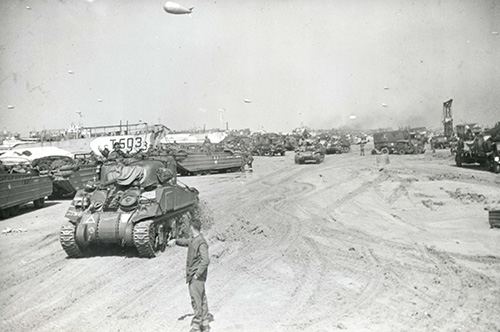 Le Tourneau Crane on the right Tanks and equipment being unloaded on the invasion beaches in Normandy. In the foreground, a soldier is giving directions to a tank, LCT 503 and LCT 7096 can be seen beached in the middle distance. Note on the leading tank the waterproof wading equipment with which a high proportion of British and American tanks are fitted. Large numbers of DUKWs or "ducks" can be seen on the beach along with various trucks and barrage balloons hanging above. 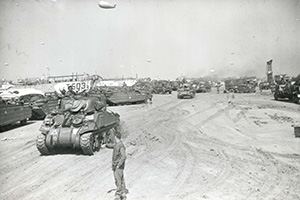