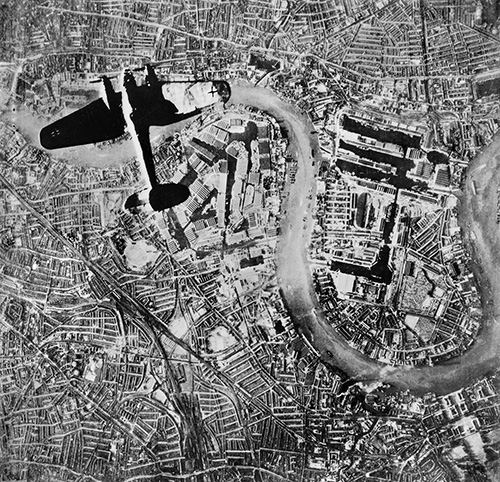 A famous photograph showing a German Heinkel bomber flying over the Surrey Commercial Docks and the Isle of Dogs during the Second World War. The Heinkel He111 was a medium bomber used by the Germans throughout the war. In daylight attacks the He111 proved vulnerable to fighter attack, being too slow to take effective evasive action and too poorly armed to defend itself. He111 formations suffered such heavy losses that by mid-September 1940 it was obvious to the Luftwaffe that a change of tactics had be introduced, so from 16 September the Heinkel was largely confined to night attacks against London. 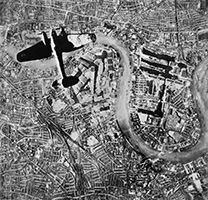