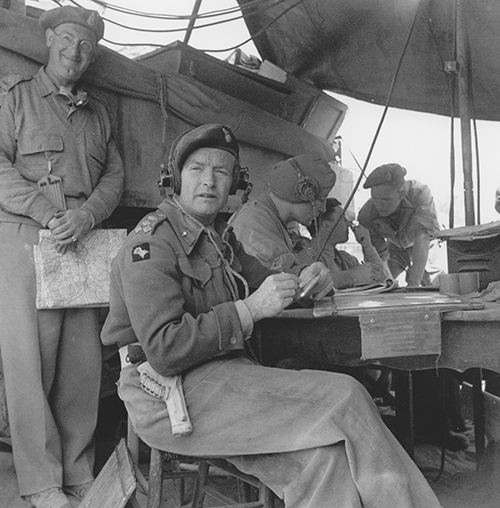 Brig N.M. Mitchell at 6 Armoured Divisions tactical HQ during the final battles in Italy. To his rear is Lt Col Johnny Barstow who commanded 12th Field Regiment RHA during the whole of the regiment's fighting war. The side arm worn by Brig Mitchell was actually used in action by him, when one of his Orders Groups was raked with fire from a German machine gun. While all of Mitchell's colonels scattered and sought some hiding place the brigadier remained standing engaging the enemy wth his revolver. 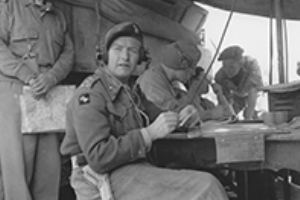