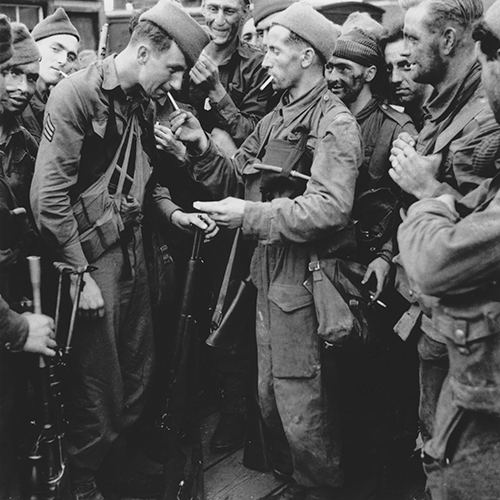 The force attacking Dieppe included 50 American soldiers. These men came from the US 1st Ranger Battalion and joined various units in order to gain battle experience. It was also good for propaganda for the Americans, for when news broke of the raid the newspapers in the USA were plastered with banner headlines proclaiming 'Yanks in 9-Hour Dieppe Raid'. This picture taken after the operation shows US Ranger Sergeant Alex Szima accepting a light from his comrade in arms Sergeant 'Bunny' Austin of 4 Commando. 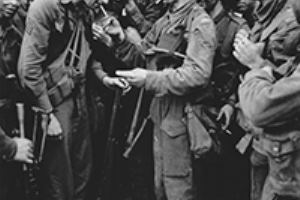